Ah, the end of May is near. Earlier this month I asked what you thought about when you thought of May. So many things come to mind, but today I’m thinking about our upcoming holiday as we near Memorial Day.

Memorial Day came about as a response to the Civil War and its carnage. Flowers were placed on graves in memory of the fallen soldiers in 1864 and on May 5, 1868, General John A. Logan called for a nationwide day of remembrance later that month. The date of Decoration Day, as he called it, was chosen because it wasn’t the anniversary of any particular battle. Until I sat down to write this story I had not heard of Decoration Day so I did a bit of research regarding it. If this was taught in school, I’m sorry, but sadly I’ve forgotten the details. On May 30, 1868, General James Garfield made a speech at Arlington National Cemetery, and 5,000 participants decorated the graves of the 20,000 Civil War soldiers buried there by strewing flowers or otherwise decorating the graves of comrades who died defending their county. Memorial Day, as Decoration Day gradually came to be known, originally honored only those lost while fighting in the Civil War. But during World War I the United States found itself embroiled in another major conflict, and the holiday evolved to commemorate American military personnel who died in all wars, including World War II, The Vietnam War, The Korean War and the wars in Iraq and Afghanistan. In 1968 Congress passed the Uniform Monday Holiday Act, which established Memorial Day as the last Monday in May in order to create a three-day weekend for federal employees; the change went into effect in 1971. The same law also declared Memorial Day a federal holiday.

I encourage you to click here to read the article in more depth. Today we continue to remember and honor the men and women who died while serving in the U.S. military.

So how does the poppy fit into Memorial Day? From 1914 to 1918, World War I took a greater human toll than any previous conflict, with some 8.5 million soldiers dead of battlefield injuries or disease. The Great War, as it was then known, also ravaged the landscape of Western Europe, where most of the fiercest fighting took place. From the devastated landscape of the battlefields, the red poppy would grow. Lieutenant Colonel John McCrae, a Canadian who served as a brigade surgeon for an Allied artillery unit, spotted a cluster of poppies that spring, shortly after the Second Battle of Ypres. McCrae tended to the wounded and got a firsthand look at the carnage of that clash. Struck by the sight of bright red blooms on broken ground, McCrae wrote a poem, “In Flanders Field,” in which he channeled the voice of the fallen soldiers buried under those hardy poppies.

the poem by John McCrae published in Punch Magazine on December 8, 1915

In Flanders' fields the poppies blow

Between the crosses, row on row,

That mark our place: and in the sky

Scarce heard amid the guns below.

We are the dead. Short days ago

Loved and were loved, and now we lie

Take up our quarrel with the foe;

To you from failing hands we throw

The torch; be yours to hold it high,

If ye break faith with us who die

We shall not sleep, though poppies grow

As you fly your flag or wear a poppy, take a moment and remember the sacrifices made for us by others. Something to keep in mind is that Memorial Day is a day to remember those who lost their lives serving and fighting for our country. Veteran’s Day in November is a time to pay our respects to those who served. In due time, we will chat about this too.

Memorial Day is meant to be a somber day of remembrance. Traditionally families and friends gather together at this time. When people come together there is generally food. This is where we come in because at Silver Creek Specialty Meats, we craft the finest fixings for your gathering. I encourage you to pack a basket, sit under a tree or on a park bench and enjoy some great food. That basket may be filled with tasty sandwiches, pasta salads, fruits and cheeses. 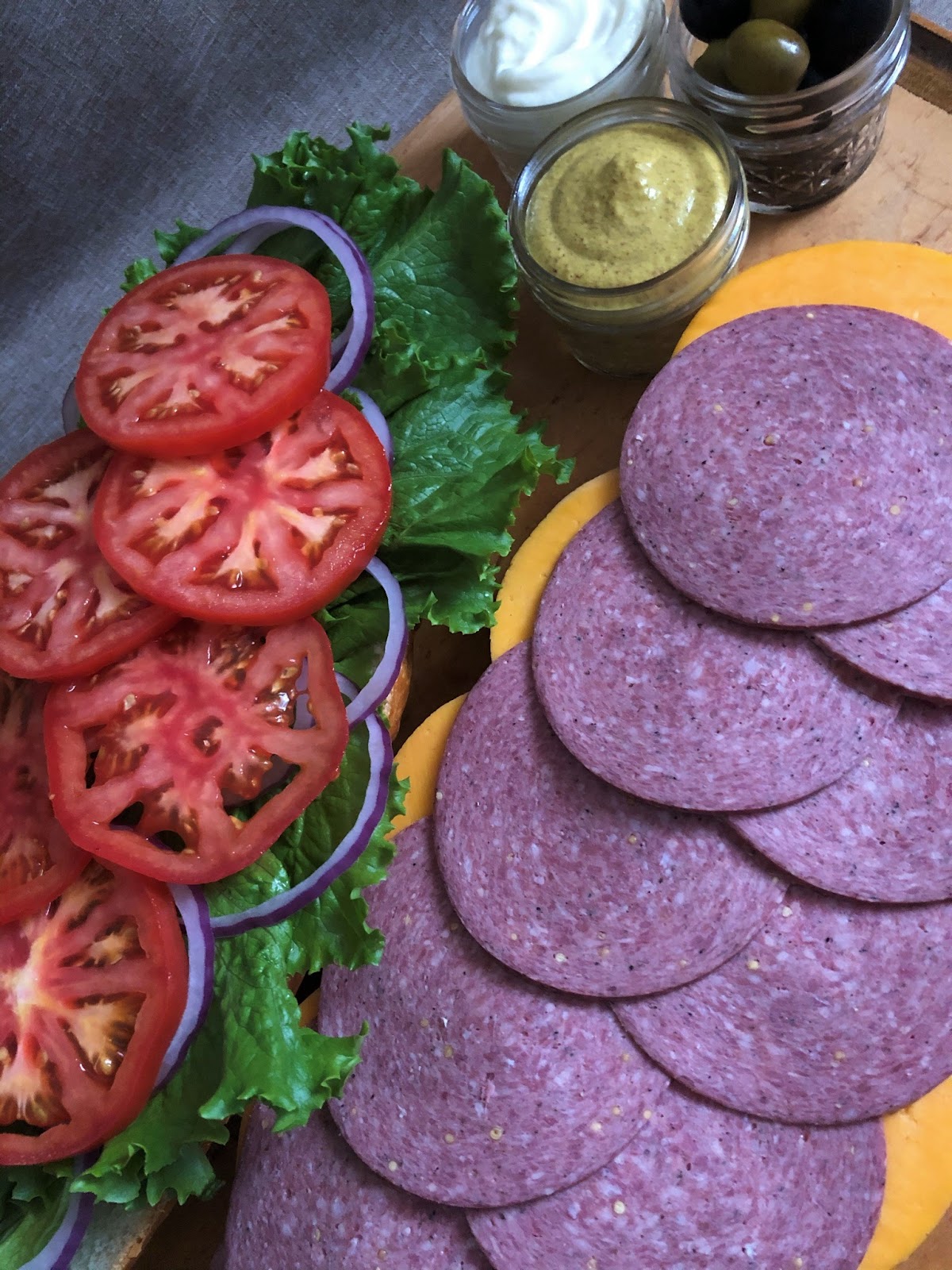 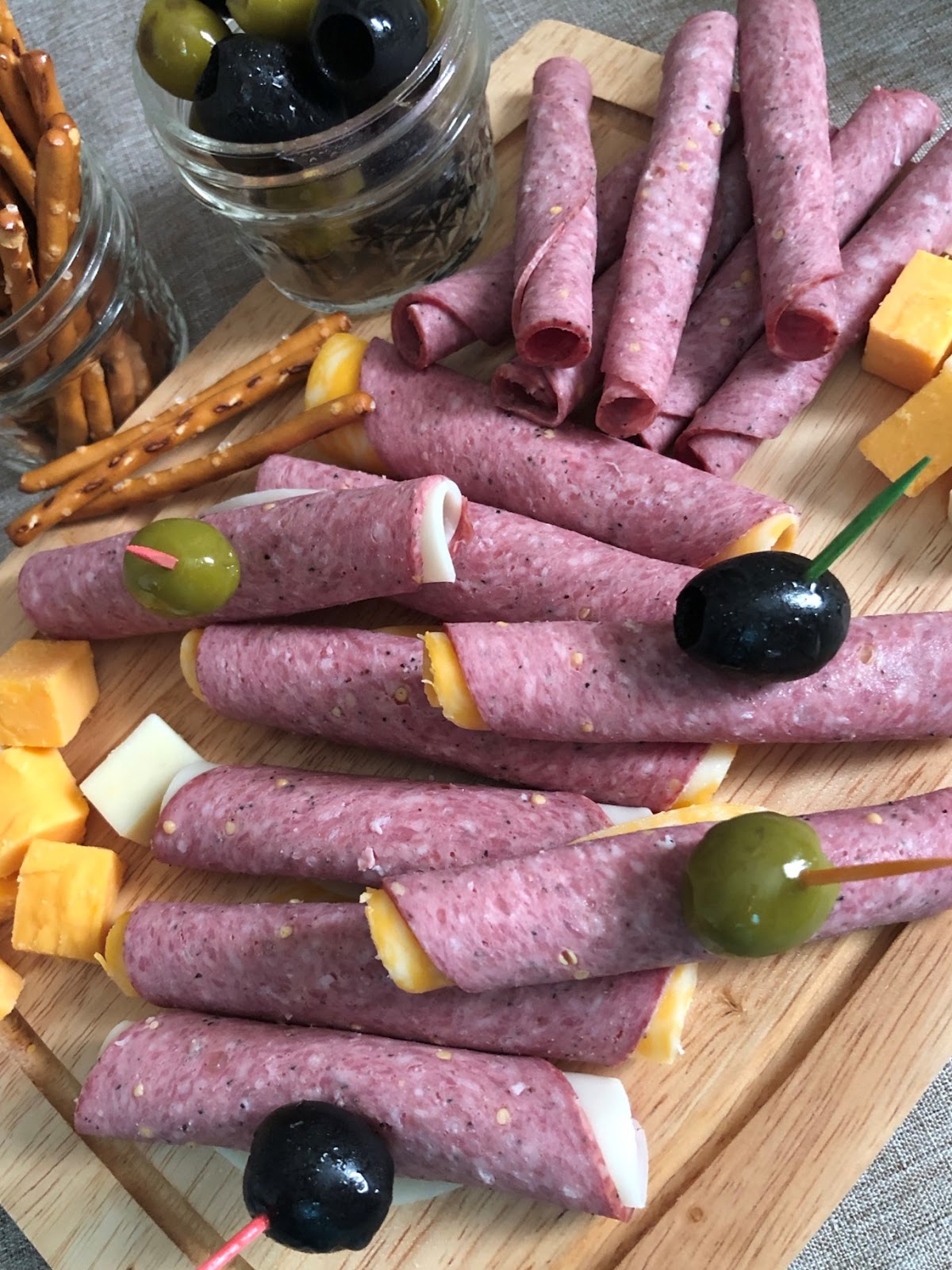 Our sandwich sized summer sausage is a perfect companion for your favorite bread and sandwich fixings. You can even slice it and roll it up for a low-carb delight. Prepare a snack board with delicious meat sticks either whole, cup up or use our ends & pieces. Finger food you can’t help but nibble on. So while you are making plans to gather, be sure to get online and place your order for delicious treats.

When I grew up, May was also “graduation” month. High School & College graduations were always during the Memorial Day weekend. I came across a short story that provides some history about graduations. Can you imagine taking a ten-day hike or a backpacking trip over 150 miles? How about class/graduation fees in the $5 - $20 range versus $100’s and $1000’s? Clearly technology and transportation advances have changed a few things over the last 100 years or so. How about the wearing of caps & gowns? When did that become a “thing?” This is a tradition that goes back 900 years or so. The tradition goes back to 12th century Europe, when the first universities were founded. According to Columbia University, gowns and hoods were worn by clergy, and their students adopted the same garb. For one thing, the gowns provided warmth in unheated buildings, and served as a way to set the student apart from his fellow citizens, hence the perennial controversy between “Town and Gown.” 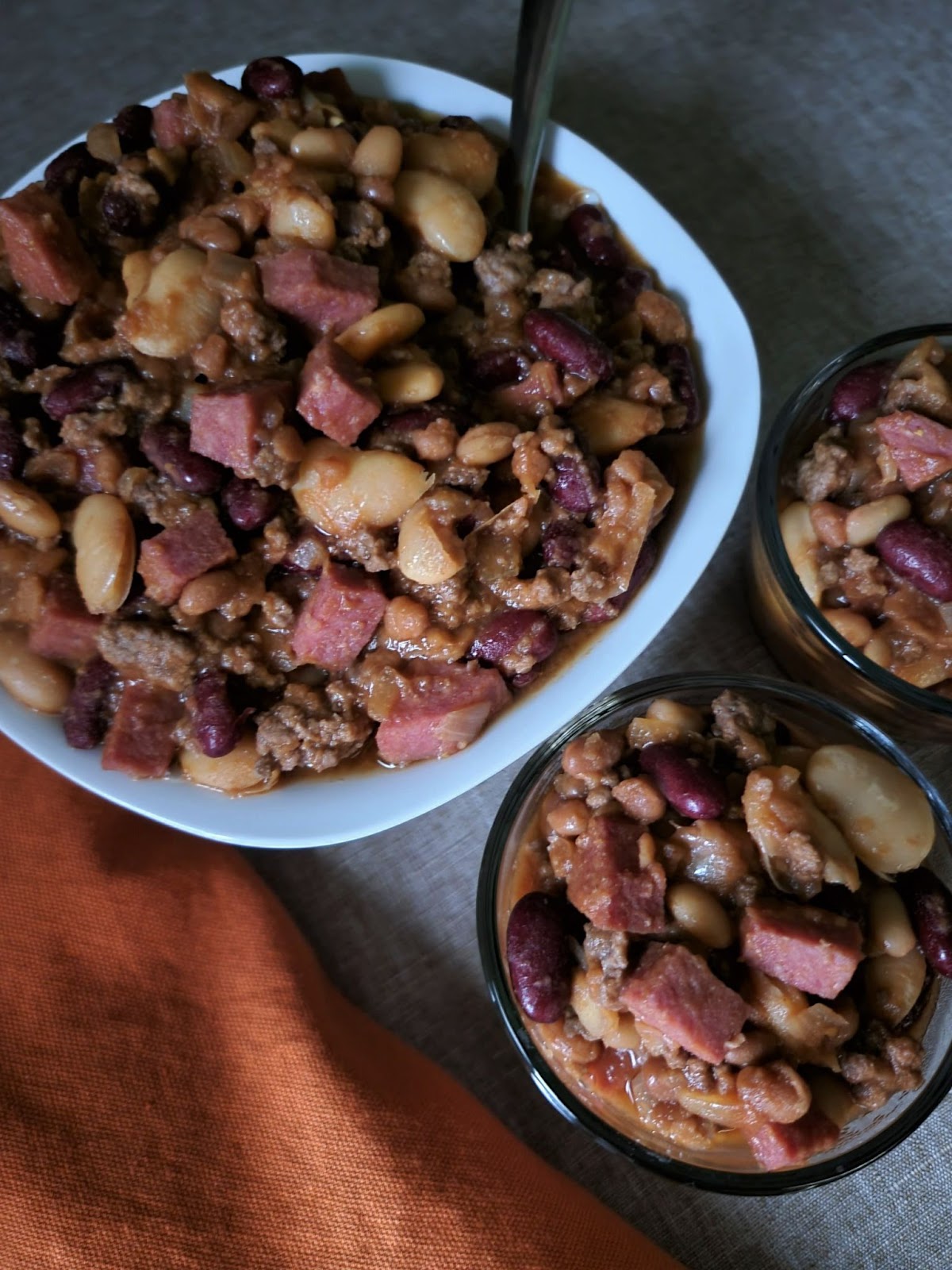 If you are planning a graduation celebration, possibly this recipe idea will be of interest to you. Calico Beans with Sausage. 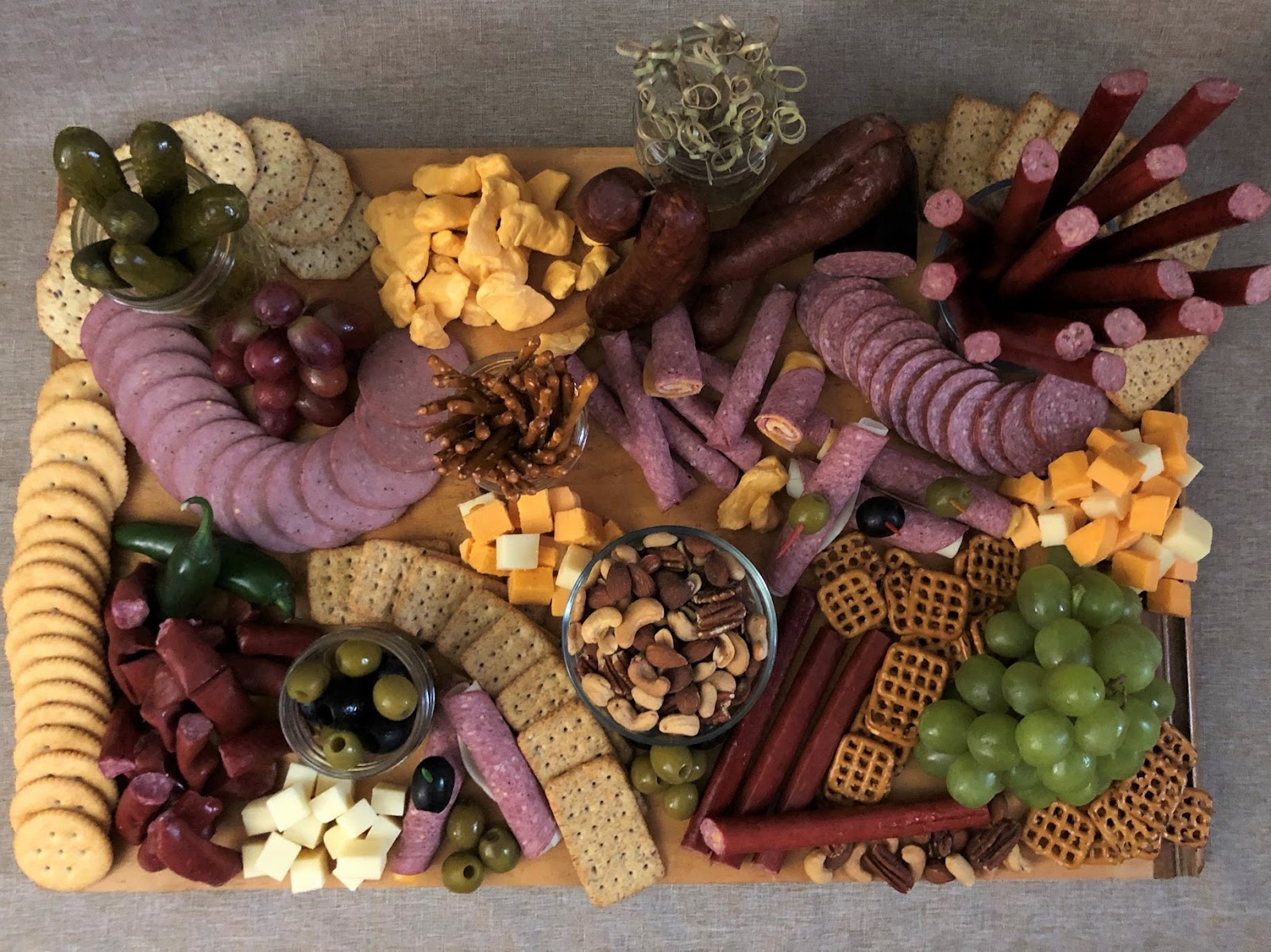 It makes a large portion, perfect for a gathering.  Putting together platters of summer sausage, meat snacks & cheeses are great ways to get the party rolling. Add in your favorite chips, crackers, fruits, and nuts for greater variety.

It’s been a pleasure sharing stories, tips, and ideas with you today. May we always remember and honor those who served us. If you see a poppy, possibly the reason why or the poem will come to mind. Hats off to our graduates, may your futures be filled with promise. Until next time…